Developed over the past year and a half, Tierra de Luz thrills its audiences with the vivacious rhythms and improvisational style of flamenco brought to virtuoso heights by flamenco guitarist and singer Ricardo Sánchez and violinist Jonathan Lewis. Flamenco dancer Anastassiia La Musa brings her impressive flamenco footwork and movement to traditional and modern dramatic dance interpretations. Soprano Linda Faye Stead brings her soaring voice to contrasting selections from Spanish opera telling the gypsy story in the classical genre of Manuel de Falla and Enrique Granados. In the Lorca songs we hear the opera singer drawn into the land of flamenco, exploring musical and tonal improvisation inspired by the text and the musical collaboration with Sánchez and Lewis, and La Musa’s Flamenco dancing, creating a unique musical and dramatic experience for the audience.

May 23, 2020 • Bloom Nightclub • Nelson, BC
produced by Miss Corrine’s School of Dance
CANCELED DUE TO COVID-19

Spain — land of light. Music, stories, and images, inspired by the work of Spanish poets and composers, interpreted through dance, song, and music, infused with flamenco. 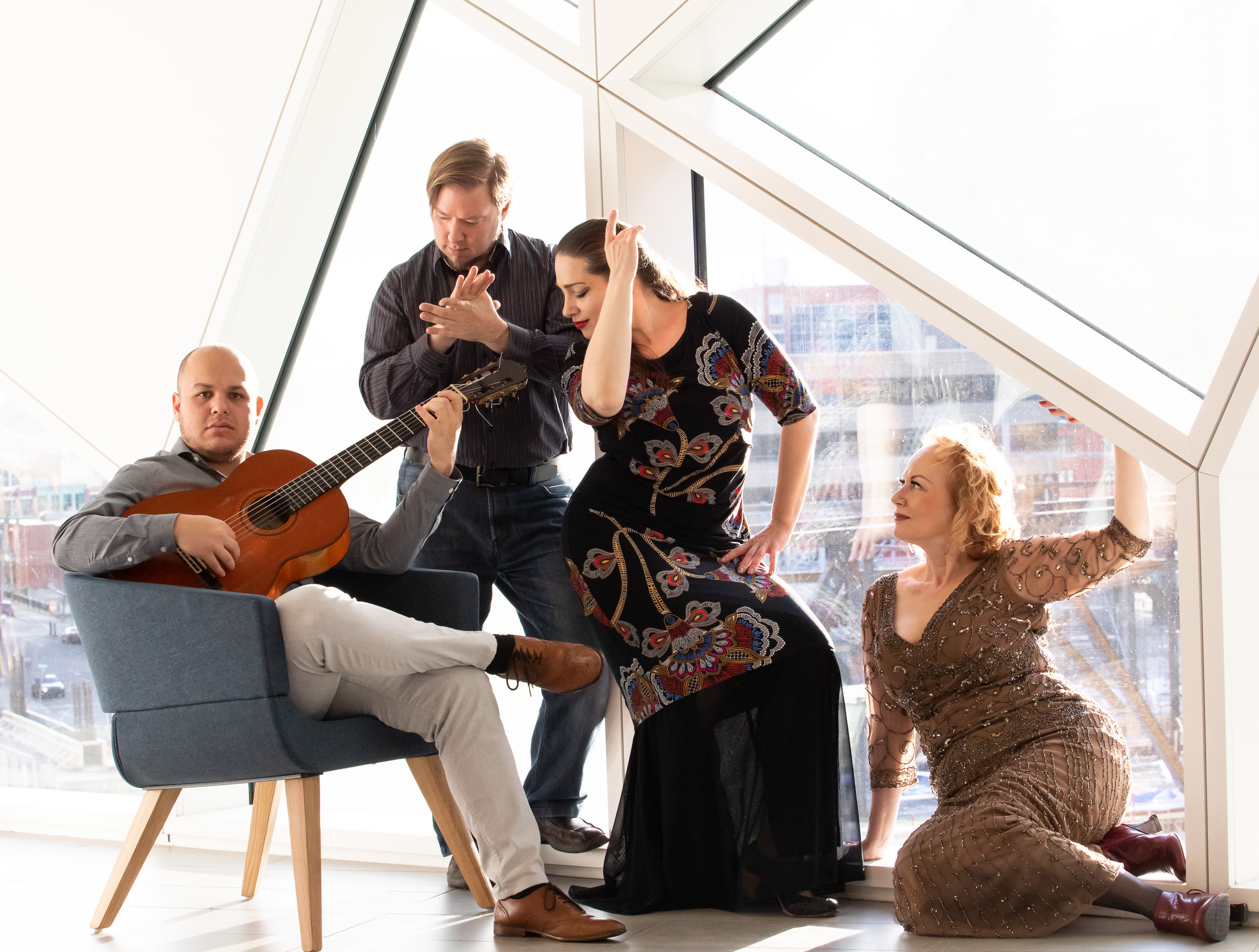 This project began as a collaboration with soprano Linda Faye Stead, when we first met in September 2018 during production of La Traviata by Calgary Concert Opera. We were inspired to create a concert featuring Spanish classical music and flamenco, inspired by the collection of songs that Federico García Lorca compiled from the music of Andalusia region. In one of his poems, Lorca referred to Spain as Tierra de Luz, meaning Land of Light. This poetic description inspired the name of our project. Together with Mexican flamenco guitarist and singer Ricardo Sánchez and Canadian violinist Jonathan Lewis, we explore music by Granados, Manuel de Falla, Villa-Lobos, and songs collected by Lorca himself, through the lens of Spanish classical and flamenco music/dance.

Tierra de Luz performed in March and November 2019 in Calgary to sold out audiences, and is preparing to release their first CD in 2020. Live performances and studio recordings feature original compositions by Lewis and Sánchez along with unique renditions of the Lorca songs by Stead, Lewis, and Sánchez.